What is a Non-profit Success Pack (NPSP)?  An NPSP, or previously known as a Charitable Starter Pack is an arrangement of bundles created for Salesforce which is made accessible through Salesforce AppExchange, for free.

Other benefits would be the ability to find volunteers with ease, making sure you get the best people on board for your deals, connecting you with influencers with huge social media followings giving an extraordinary advance to your cause.

To put it simply the NPSP is a collection of customized features added to the base Salesforce platform. These customizations focus on optimizing the platform to adhere to donations and fundraising, by tracking a different set of entities and their relationships- namely, individual donors, their household affiliation, and donations.

This doesn’t mean Accounts, contacts, and opportunities are obsolete they are still major building blocks in the non-profit CRM, an example Accounts will now be represented as households which then connect to donors (contacts) and donations (opportunities).

To understand the full picture of how the NPSP has changed the base Salesforce platform check out the image below: 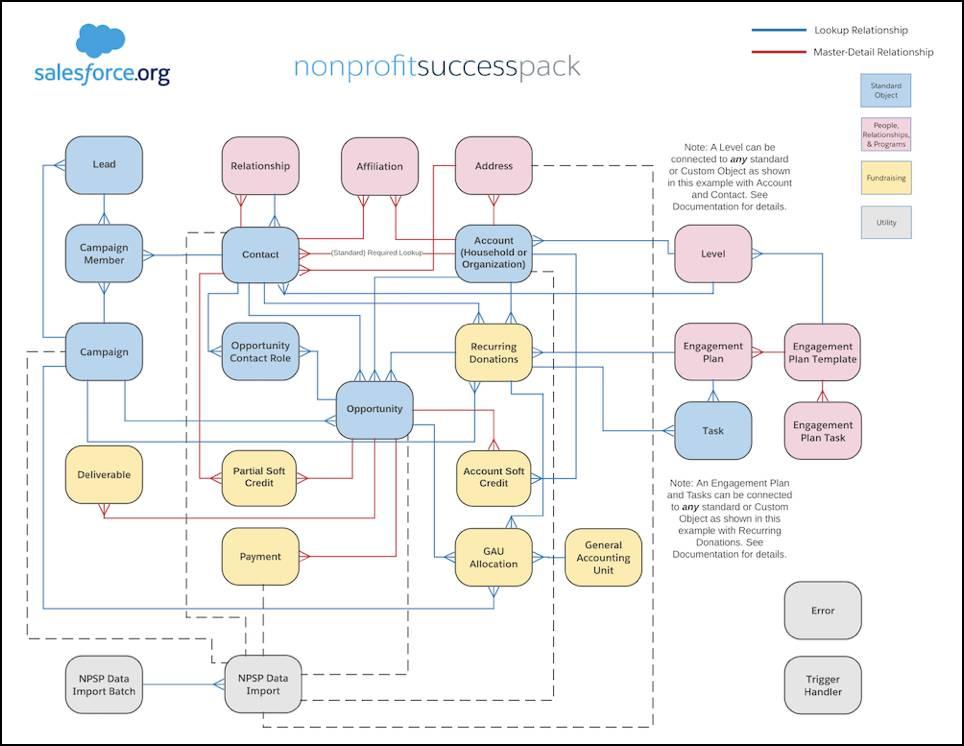 There are several steps when it comes to Importing data that are best practice to complete, the three most important things to remember are as follows

Work we have done:

We have doing work for a Boarding school; this school was established around 16th century. This meant they had a stockpile of data they needed to import into their Salesforce NPSP org, the issue they faced was the data was chaotic meaning it created challenges when it came down to importing the data to the org.

This is where AspireCRM jumped in to create a stress-free experience for their data migration needs. The first step we had to take was to look over raw data to see if we could see any potential errors, which would then create an issue when it came to importing the data.

Once we had looked over the data, we reported back to the Schools Data Analyst and requested the required changes. When we had the amended data, we then had to assess the best method of importing the data because of the number of fields and data we decided it would be best practice to use Data Loader.